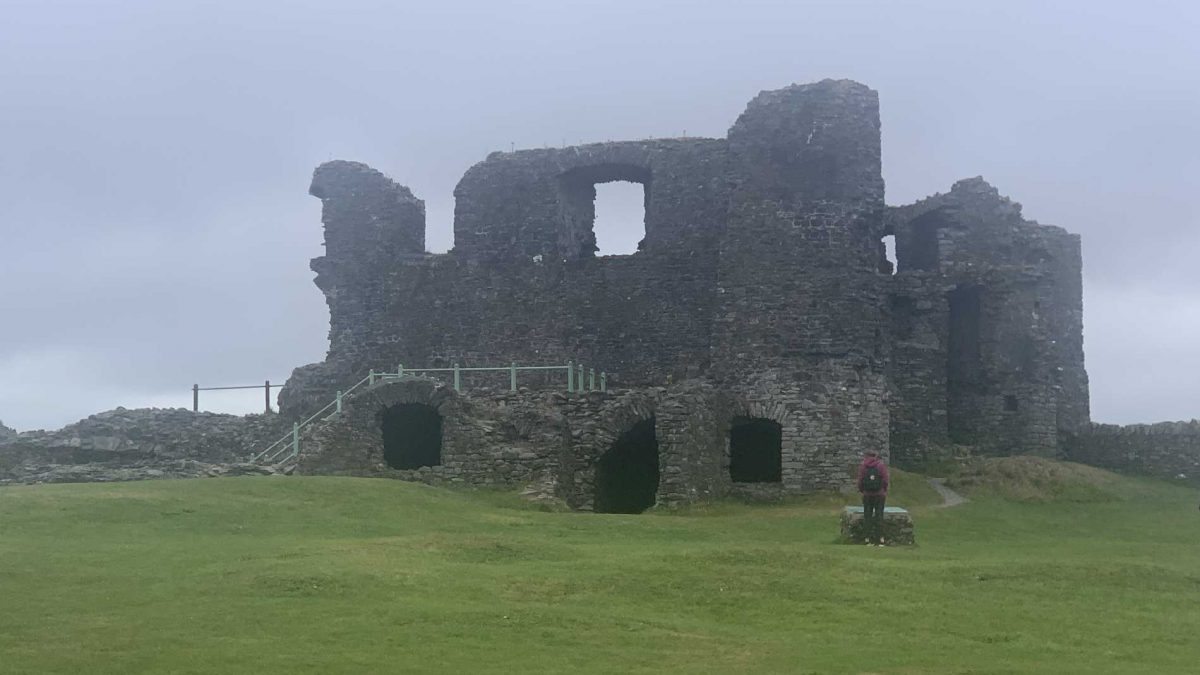 Kendal castle in Lake District is well known for its historical site. It stands on the top of a little hill which is very much similar to Egdon Heath. The old ruins are still there owned by English Heritage, which are added with additional safety measures to make it safe for visitors. There are various myths about this place that could be the reason for its name.

How to get to Kendal Castle

You can easily visit Kendal Castle by train. There are regular local trains to Oxenholme and from Oxenholme you can get to most major cities including Liverpool and Manchester. From Kendal train station it is a 20 minute walk uphill to Kendal castle via Sunnyside. Entrance to Kendal castle is free as it’s a 12th Century ruin. It’s well worth the visit for the history (there are signs explaining everything) and also it’s worth it for the beautiful views from the top.

Look for the following rooms and structures in the castle:

The most prominent myth is that it was built by King Arthur in 5th or 6th century, which was later seized by Danes and then later on left under the control of Scots. It got its pseudo-archaeological importance when in year 1825 it was said that ashes were found with an inscription that can be translated as “the burial place of Hotspur”. This is the reason why it was said that this site was used for nobler purposes than just being an abode of people.

The castle was captured by Scots in year 1092 and again lost to Henry II but regained its value after English won it back.

In 1464, it was later sold to Sir William Harrington and then was given as a gift to the second Duke of Buckingham by Henry VIII. Soon after wards Kendal became a customary place for residence – a fortified manor for the Barons of Kendal. The Barons travelled widely, owning properties around England and often travelling to London.

From 1381 to 1571 the Barons Parr held very important positions in the Royal Court. They lavished their money on the castle to show status, only to get into serious debt as a result.

Kendal Castle got a new look in 17th century but has been left abandoned since; years passed and it wore its old look once again.

It is a myth that a person who spends a night at this place will be followed by misfortune. There is an old story about it but the truth remains unknown. It can just be assumed as one of those tales that have been handed down from generation to generation, only now no one believes them anymore.

There are various ghost stories associated with it. It is said that the original owner of the place was cursed by a witch known as Lady Pernella. She used to live in nearby hill where now there is St Mary’s Chapel. Also, there are frequent reports about ghostly lights, noises and shadows.

It was reported that one girl committed suicide after being denied entry for a ball in 1858. She used to sleep in the West Tower and disappeared after she went there twice but was not allowed to attend the ball by her parents. Thereafter, it is said that one loud scream is heard from the tower at night. It is also believed that the person who sleeps on fourth floor of the building sees ghostly figures.

The tower which was built between 11th and 13th century is also known as witch tower because of the various tales associated with it, for example the story mentioned above. It was said that old women used to be burned at stake in front of this tower .

The site is still a mystery but not much effort has been made by people to solve this mystery.