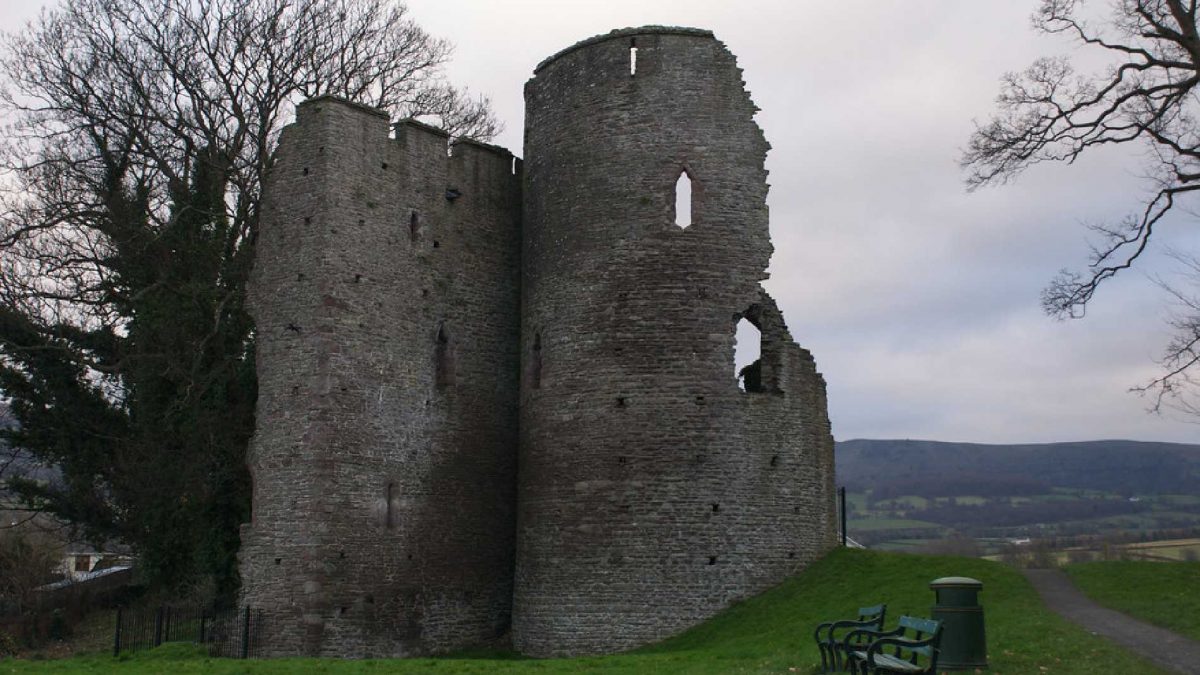 Brecon is a beautiful location in Wales, positioned in the North of the Brecon Beacons National Park. It’s the perfect destination for hiking and enjoying the countryside. There are a number of castles in the Brecon Beacons national park, here are my favourites.

The Best Castles near Brecon

Llandovery Castle is located near Llandovery town in Wales.  This castle was built by John Giffard 1st Baron Giffard, who lived from 1238 to 1305. The ruins can be found on Castle Street and it is a grade I listed building.

Castle Du is located near Brecon in Wales. It dates from the late 11th or early 12th century, but was later rebuilt as a Norman stronghold during the 1120s. The castle occupies a highly defensible position on an isolated rock overlooking the Lowland Valley. It was probably never strong enough to withstand an attack by a determined enemy prepared to cut off the water supply.

Carreg Cennen Castle is located near Sennybridge, Wales. It was built in the late 13th century by John Giffard II and it occupies a steep-sided limestone outcrop with sheer cliffs dropping 100 metres on all sides. It is a scheduled ancient monument in the care of Cadw, Welsh Heritage. The castle is open to the public from spring to autumn and has a visitor centre with an audio visual display and information about the castle’s history.

Craig y Nos Castle is located near Tonypandy, Wales. It was built in 1825 by John Powell and the castle was later owned by Sir Henry Frederick Stanley, who inherited it from his father. It is now a popular tourist attraction that has been open to the public since 1953. The castle was frequented by both Queen Victoria and Prince Albert, as well as other members of the British Royal Family.

Morlais Castle is located near Merthyr Tydfil in Wales. This castle was built around 1254, probably by the lord of Brecon, Caradog ap Gruffydd.

Crickhowell Castle is located near Crickhowell, Wales. The castle dates back to Norman times and it was badly damaged during a Welsh attack in 1402 led by Owain Glyndŵr.

Dinas Castle is located near Llanwrtyd Wells in Wales. The castle is dated to the mid-thirteenth century, but most of it was probably destroyed during Owain Glyndŵr’s uprising against English rule, when it was sacked along with the town in 1404.