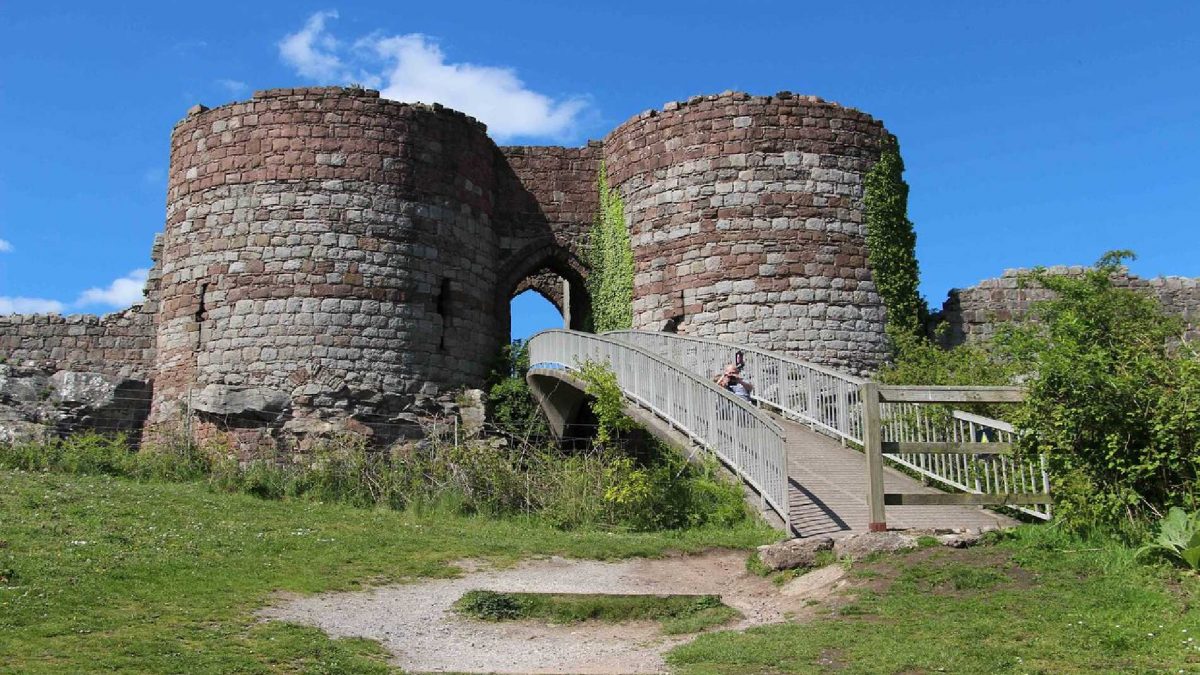 The region of Merseyside has, like every other region in the UK, its fair share of castles. Most people would think of Edinburgh Castle or Windsor Castle when thinking of castles but there are many others to be seen across the country. The following text will provide you with an introduction to some of the most well known and interesting castles near Liverpool.

The Best Castles near Liverpool

The most well known castle near Liverpool is Liverpool Castle. It is, in fact, situated quite some distance outside of the city itself but like all castles it deserves to be included here. The exact date for its construction has not been found but it was probably around 1235-1267 under Henry III. However, there is evidence to suggest that it may have been built as early as 1150. The castle was used for many purposes over the next few hundred years and by 1700 much of the interior had been demolished leaving only the exterior walls still standing (almost). Fortunately, in 1836, Sir John Gladstone bought and restored Liverpool Castle and today it is open to the public.

The ruins of this castle date back to the Norman-era and at around 800 years old they are one of the most well preserved castles in England. The castle was built soon after 1066 and it served as a watch tower that overlooked the Cheshire Plain which is why it is sometimes referred to as a look out or pele tower. In those days it was not at all unusual for castles to be built from wood but Liverpool Castle is one of the few examples that remain standing today.

The castle is now in ruins and unfortunately it has been vandalised over the years as people have tried to remove artifacts as souvenirs. The ruins are looked after and cared for by Cheshire East Council and there is a small car park nearby to allow visitors access to the site. It is possible to walk around the remains of Beeston Castle but it should be noted that much of the site has been overgrown with ivy making it difficult to see some parts.

Just a few hundred metres from the ruins of Higher Beeston are the lower remains of what was once another castle. This one is thought to have been built around 1580 by Sir Randle Brereton who had acquired extensive lands in the area. It was most likely erected on older foundations so it is possible that some of the remains date back to Norman times (the stones at this site were reused and not just for building castles).

The castle was destroyed around 1740 by a fire but it has been restored somewhat over the years. Visitors can walk around the ruins and read information boards which tell them more about its history as well as the area around it. It is located on a public footpath between Leek and Bunbury.

This is one of the most interesting and well preserved castles near Liverpool and it has a colourful history too. Halton Castle was constructed around 1220 although very little of that building currently remains. It served as a hunting lodge for many years until King Edward II decided to give it as an extra to one of his favourites (and as you can imagine that did not go down well with the locals).

King Edward II was eventually forced to give up Halton Castle and it became Crown property again. Eventually, the castle fell into disrepair and by 1643 it had been abandoned altogether. It was restored in 1810-11 and it is now cared for by Halton Borough Council and open to the public. It contains a large ornamental garden and, while it is not possible to access the interior of the castle, visitors can take a good look at it from the outside.

This was another Norman construction and today it is one of the most complete castles in Cheshire with many original features still visible. For example, the gatehouse, which includes a portcullis and drawbridge, is still in good condition as are some of the outer walls. It is possible to walk along some of these walls (although parts have crumbled over time) and see where they once stood.

The castle was damaged by Parliamentary forces during the Civil War but it has since been restored and is in very good condition for a ruin. It is also located in the shadow of an active power station which provides visitors with some interesting views! There are plenty of information boards around the site which detail its history and point out other interesting features such as the Saxon bank earthworks.

This is a Norman keep that was built between 1150 and 1200. Frodsham is just a few miles from Liverpool and it is now one of the borough’s most visited attractions with many people having lunch at its ‘Pie Shop’ café or buying a souvenir from the gift shop.

The castle was originally triangular in shape but only four walls remain today. It is possible to climb up onto some of the remaining sections and get a good view of Frodsham (and on clear days even Liverpool city centre!). The keep has been open to the public since 1951 and it also contains an exhibition which tells visitors more about its history.

This is one of the best examples of a moated castle in the country and it also has good views over Moreton Bay. It was built around 1385 by Sir John Stanley who fought in several campaigns during the Hundred Years War in France. He used a licence to crenellate from King Richard II to fortify his home and it remained in the Stanley family for many years.

This is one of the most fascinating castles near Liverpool as it was partially built from timber. This would have been quite unusual for a medieval structure but sometimes stones were simply not available nearby and the builders choose other materials instead.

The castle’s history is also interesting as it has passed through several hands over the centuries. It was originally built by Edward I but later became part of the Duchy of Lancaster. The Duke handed it over to King Henry VIII during the Dissolution of the Monasteries and Henry then gave it to his fifth wife, Anne of Cleves. It stayed in royal hands until 1660 when Charles II handed it over to one of his supporters.